What is domestic violence, and is it my fault? Should I believe my abuser when he promises to change? How can I help a friend or relative that is in an abusive situation? Here are my answers to the most common questions asked about domestic violence.

What is domestic violence?

Domestic violence is any threatening, coercive or controlling behaviour, violence or abuse by an intimate partner, regardless of gender or sexuality – though research shows that it is mostly perpetrated by men and experienced by women. It can happen in the home, and in any other setting. It can happen where the victim does not live with the abuser, and at any stage in a relationship.

Abusive relationships can include abuse that is psychological, physical, emotional, financial, and sexual. It is typically a pattern of intimidating behaviour perpetrated by an individual in order to establish and maintain control over another. It can occur randomly or sporadically, and typically includes intermittent reinforcement (a pattern of reward/punishment thought to be a primary factor in the formation of trauma-bonding). It usually worsens with time.

Is abuse my fault?

No. Abuse is never your fault, but it is understandable that you may think so. Abusive individuals will often blame you for their behaviour, for example:

They will also try to deflect blame in other ways. For example, it may be that they only hurt you when they are drunk or on drugs. They may argue they had a rough childhood, a tough day at work, or an unfaithful ex. All of these excuses are designed to deflect responsibility. Abusers choose to abuse. It is a calculated tactic to establish and retain control over you.

In addition, the way other people respond to domestic abuse reinforces the feeling that victims are somehow at fault. Too often, those on the receiving end of domestic violence are asked why they tolerated the abuse, and told their own failings – such poor judgement and lack of self-esteem – enable it to take place. Implicit and explicit victim-blaming makes us less likely to seek help to escape. 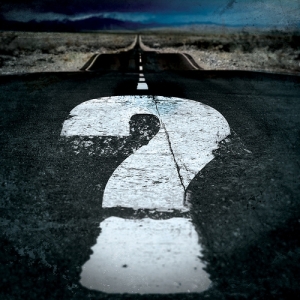 Will my abusive partner change?

Your abusive partner will not change, no matter how much you want them to. Sure, they have promised you countless times that this episode will be the last. They may even assure you they will seek help, maybe by joining Alcoholics Anonymous or taking an anger management course (which won’t resolve the problem, by the way). Few volunteer to complete a specialist programme for domestic violence perpetrators, because to do so they must first acknowledge that they alone are responsible for their decision to abuse.

The promises to change often appear heartfelt and genuine, but they are not. They are simply telling you what they know you want to hear, so you do not leave and so they can continue to control you. This is a documented element of the domestic violence cycle. Abuse will re-occur because your abuser does not want to change: they are getting what they want by behaving this way.

How can I help my friend?

If you want to help a friend or relative that you think may be caught up in domestic violence and abuse, there are a few things you need to know.

All abusers deliberately try to isolate their partners from any potential support network. They may do this by making it difficult for your friend to see you. Perhaps they refuse to look after the children so she can go out, or ‘forget’ to tell her that you called. Maybe they give her a hard time when she leaves the house: violent incidents may occur when she spends time with friends or family. A smear campaign against you is likely, especially if you are a close friend. He will, for example, tell her that you are a bad influence or perhaps even claim you made a move on him. Anything that may alienate you, they will try. My violent ex, recognising my close relationship with my parents, eventually threatened my mother with a knife as part of his efforts to drive her away.

Women are at greatest risk of homicide at the point of separation or after leaving a violent partner. (Lees, 2000)

Keep yourself safe, and do not give up. Do not try to force your friend to leave (even though you want them to run screaming for the hills, this instant). Understand that many people in abusive relationships feel unable to leave, and frightened of what may happen if they hit the exit. Ending a violent relationship and shortly afterwards is often the most dangerous time for a woman. Most domestic abuse includes financial abuse, so your friend may lack the resources needed to get out. They may fear for the safety and/or custody of their children.

Let them know that you have noticed that something is wrong, and invite them to talk to you about it. Research local domestic violence resources, and offer to help them put together a safe exit plan. Let your friend know that you are there for them, whenever they are ready.  It is hard, but if you walk away you will be doing exactly what he wants. Your friend will be even more isolated, and even less likely to successfully escape the abusive situation. They need your compassion and support, and you really can be a lifeline.

Have a question of your own? POST it in the Comments.